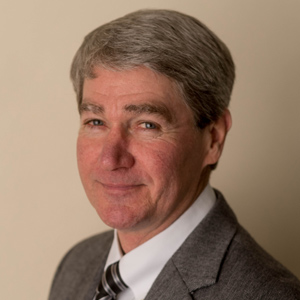 Tim grew up on a grain and livestock farm in Southeast, MO, outside of Charleston. Row crops consisted of corn, grain sorghum, wheat, and soybeans and livestock included a feedlot plus a cow-calf herd. After graduating from high school, Tim attended Murray State University located in Murray, KY. He graduated with a Bachelor of Science Degree in Agriculture.

After his dad expanded the cow-calf operation and leased out the farmland, Tim pursued a career in transportation. He owned and operated a trucking company that served the lower 48 states and two Canadian provinces. In April of 2005, he sold the trucking company and wanted to return to agriculture. He was presented with an opportunity with Hurley & Associates in Charleston. He was familiar with Hurley and believed in their philosophy regarding the family farm. He joined Hurley & Associates as a marketing consultant in October of 2005.

Besides his work, he enjoys sports, camping, canoeing, and boating. He is also active in his local church where he serves on two different committees.