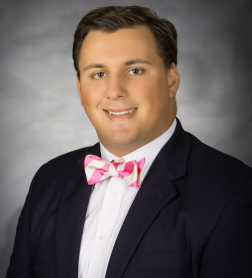 Consultant
Warren was raised on a family farm in Western Kentucky where he developed an appreciation for agriculture. While growing up, his passion for agriculture grew deeper through his participation in 4-H, internships, and summer work at Beck’s Hybrids and Windimere Farms. Warren attended Murray State University where he earned a Bachelor of Science degree in Agriculture with an emphasis in Marketing and Management. While attending, Warren received the honors of Vice President of Student Affairs, a Top Ten Student Leader, and the Hutson School of Agriculture Outstanding Agricultural Leadership Award. Additionally, Warren was voted Student Government Association President, served as a Student Regent on the University’s Board of Regents, and was crowned Homecoming King. Warren joins the Hurley & Associates team in Charleston, Missouri as a Farm Marketing Consultant after completing our internship program at our Brookings, South Dakota office. Warren was impressed by the company’s individualized approach to risk management and its strong Christian values. He believes that the Hurley way preserves the life of the farm family. Outside of work, Warren enjoys waterfowl hunting, watching college football, and spending time with his family and friends.
Contact Us Today to Learn More